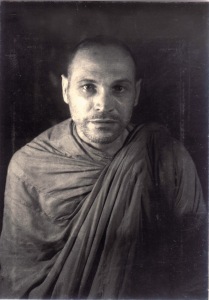 Sāmanera Bodhesako (Robert Smith, known also as Ven. Vinayadhara and Ven. Ñānasuci in his early monastic life) was an American Buddhist monk. Born in Detroit, Michigan, in 1939, he studied at the University of Iowa, specializing in Literature and Creative Writing. He embraced Buddhism in 1966 in India, where he was ordained at the Bengal Buddhist Association of Calcutta, and spent several years as a monk in Sri Lanka. (His autobiography of his early monastic life can be found at Getting Off: A Portrait.) After leaving the robe in 1971, in 1980 he again took ordination, this time in Thailand under the Venerable Somdet Ñānasamvara of Wat Bovornives. In 1982 he returned to Sri Lanka, living mostly in the upcountry region of Bandarawela. In 1988, while on a return journey to the United States to join his father for the latter’s eightieth birthday celebration, Ven. Bodhesako died from a sudden intestinal hernia while in Kathmandu. 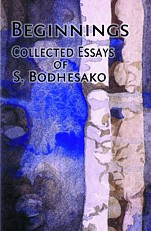 Articles:
Change
Beginnings: The Pali Suttas
Faith: A Meditation and a Homily
The Buddha and Catch-22
The Myth of Sisyphus: A Cycle
Being and Craving
A Letter on Sankhāra
Letter to Bhikkhu Nirodho re Beginnings
Interview with S. Bodhesako on Sri Lankan radio
The Big Bang: A Modification
The Use of Money by Monks